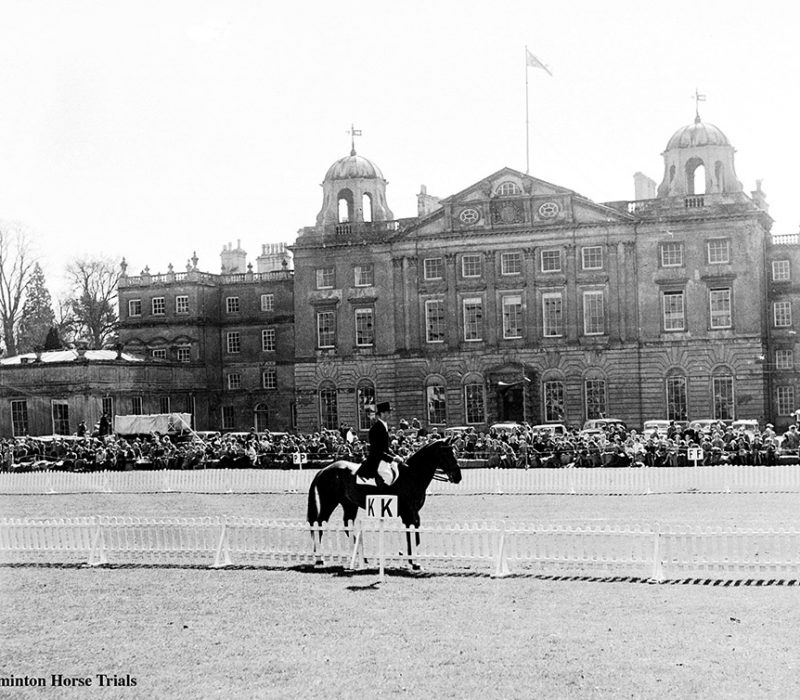 One of the world’s very best equestrian photographers, Kit Houghton, who we are proud to have as our official photographer at Badminton, has put together a fantastic montage of the Event from the first running in 1949. As well as being the Badminton photographer Kit is also the holder of the archive; the film has great images of time gone by and goes to show how much the Trials have developed over the years from its modest first billing as The Most Important Horse Event in Great Britain.

We see how the Royal family started as interested spectators to competitors and owners. The Queen was winning owner with Columbus, ridden by Mark Phillips and both Princess Anne and Zara have competed. In the early days riders were mainly from Britain and Ireland, but there have been winners from Australia, New Zealand, France, Germany, Switzerland and America.

Kit reveals behind the scenes areas such as the rider’s briefing in the Village Hall, to the sacrosanct stable yard; the social side for both spectators and riders alike; the course builders at work; the calm before the storm; the amazing shopping opportunities; the emotions in the collecting ring.

There are great shots of many of the great wins, including the multiple winners like Sheila Willcox, Mark Phillips, Lucinda Green, Mark Todd and Pippa Funnell. Nearly winners have included the 11th Duke, David Somerset in 1959, past Director Hugh Thomas in 1976, and commentator Mike Tucker.

If you are looking for a great nostalgiafest… this is it.