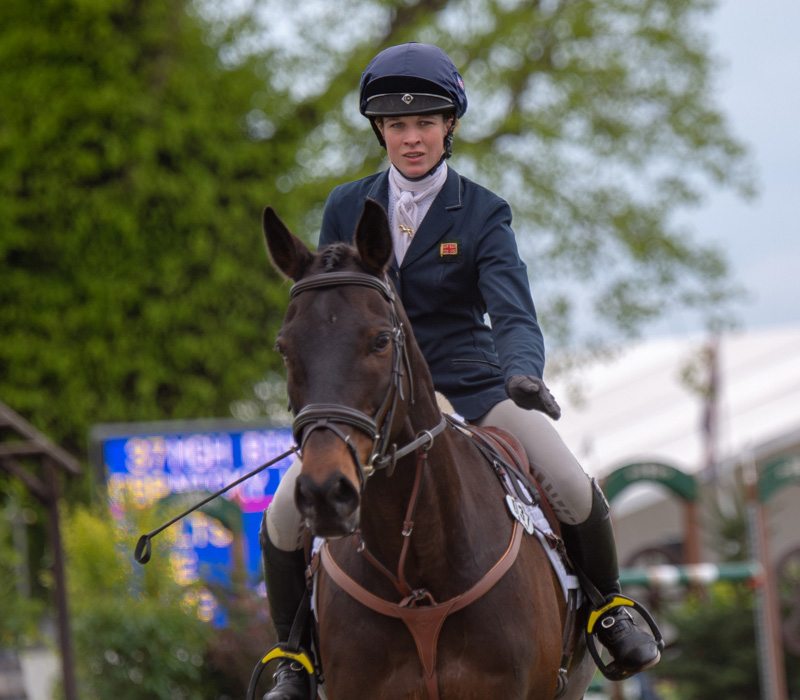 Worshipful Company of Saddlers saddle ~ Rider with the best score who is under 25 on 1/1/20 and who has not previously won a Company saddle in the calendar year: Alicia Hawker and Charles RR

Glentrool Trophy ~ Horse & Rider who have made greatest improvement on their dressage placing: Imogen Murray & Ivar Gooden (who also won this trophy in 2018)

The William Miflin Memorial Trophy ~ To the rider of the horse with no cross-country jumping penalties and closest optimum time: Chris Burton for Graf Liberty

Retraining of Racehorses £1000 ~ The highest placed former racehorse which must have been raced under the rules of a recognised racing authority worldwide: Won’t Wait, ridden by France’s Clara Loiseau

Farriers Prize ~ plaque to the owner and farrier of the best shod horse: Antony Marris for Izzy Taylor and owners Tom & Sara Strong with the horse Call Me Maggie May.

David Beaufort Memorial Trophy ~ to the person who has contributed to the running of the Horse Trials over many years: Cross Country controller for many years, and now supervisor of the Prize Givings, George Weldon

Embryo Transfer ~ to the highest placed British bred or domiciled mare to be in the top 20%, courtesy of Tomlinson Equine: Vanir Kamira

Breeder of the winner ~ Kathryn Jackson