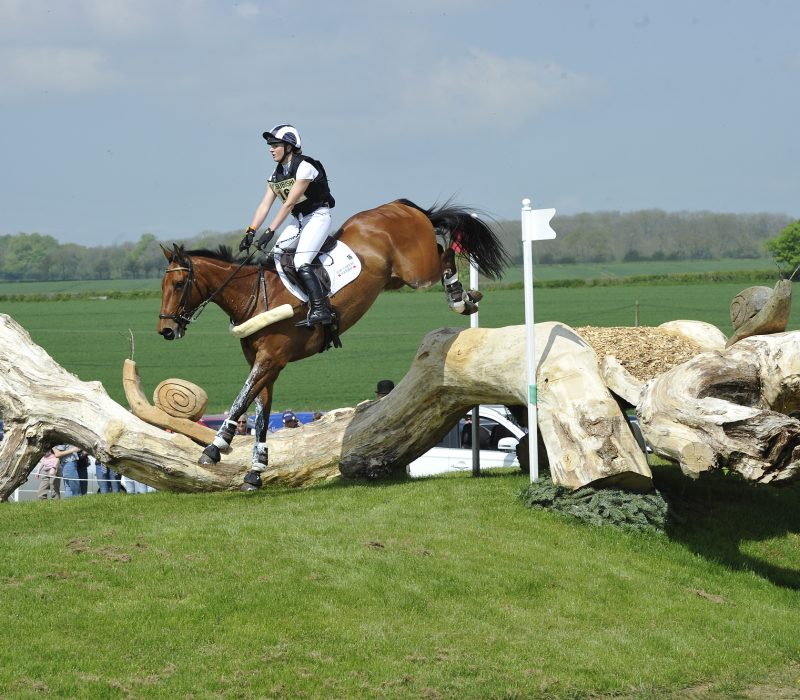 Some of the biggest cheers of the day were for first-timer Alicia Hawker, a farmer’s daughter who, as Badminton’s most local rider, had a huge home-grown fan club – as the crow flies, her home is about 10 minutes away across the fields. “Even my brother and my dad, who have never even been to a horse trials before, are here,” she beamed. “As I went round, I could hear everyone shouting, which was amazing.”

Alicia was frustrated to have an early run-out, at fence 5, which marred an otherwise excellent debut on Charles RR. “I stuck to my plan, but the horse is big and strong and I guess I’m a bit inexperienced at this level, so these things happen, but it’s really frustrating. Still, it feels like a big tick in the box.”

Six years ago, Alice’s grandfather, Robert Hawker, a former breeder and trainer of racehorses, offered to buy her a horse and she chose the five-year-old Charlie, who is Dutch-bred by Verdi – “I think he was hoping it would be a point-to-pointer,” Alicia laughed.

The pair has been third in the U25 section at Bramham and completed Pau last year. Alicia has a first-class degree in sports performance and last year was awarded the Mark Todd Bridging the Gap Scholarship.