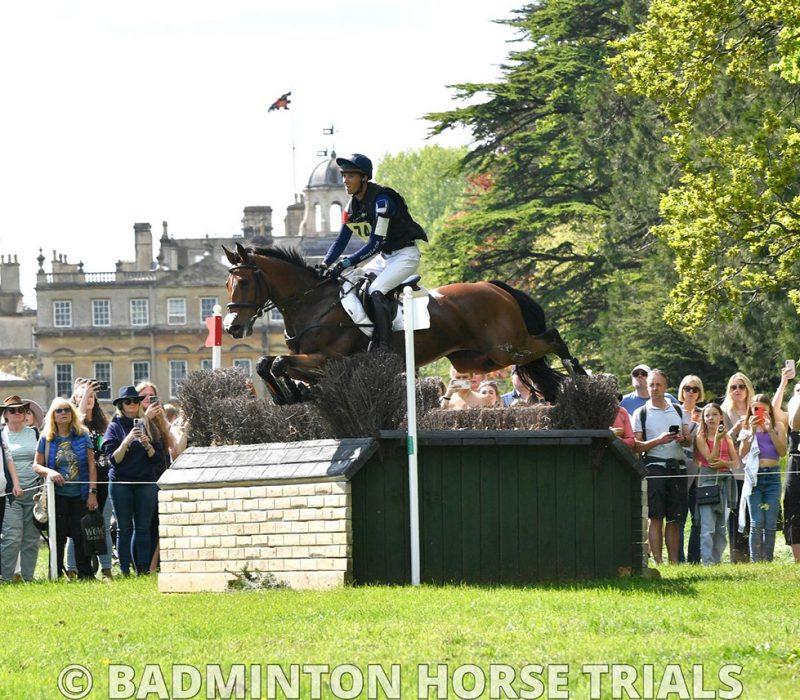 David Doel had a day to remember at his first Badminton; he is now best of the 31 first-timers, climbing from 32nd place after dressage to lie in 11th place overnight on Galileo Nieuwmoed, having added just 1.2 cross-country time penalties to their 32.4 first-phase score. France’s Gireg le Coz and Aisprit de La Loge have moved up two places to 12th with 7.2 time penalties .

‘My horse was unreal, it almost felt easy,’ said Gireg. ‘I was terrified really, but I didn’t have to take any plan Bs, and it went better than plan A. Showjumping is not our easiest phase, but the last two days have been exceptional, so whatever happens tomorrow is OK.’

Germany’s Christoph Wahler and Carjatan S were bigger climbers, up from 33rd to 14th with a cross-country round just nine seconds over the optimum, while a slower round (11.2 time penalties) dropped American rider Tamra Smith on Mai Baum 10 places down from fifth.

The youngest rider in the field, 20-year-old Alice Casburn, stormed up the leaderboard from 71st to 23rd with her speedy round. An emotional Alice said: ‘He was phenomenal. I feel shell-shocked. Mum [former rider Caroline Casburn] isn’t at all teary usually, but she’s blubbing her eyes out at the moment. Coming through the finish was such an amazing feeling, I understand why riders keep competing until they can’t do it any more – it’s addictive!’

Tom Rowland (Possible Mission) broke a frangible pin, picking up 11 penalties. Even more unluckily, Bubby Upton, who had jumped a foot-perfect round on Cola, had a run-out at the very last fence. ‘I feel like I couldn’t have let him down more,’ said Bubby sadly. ‘He’s such a class act and tried so hard for me. I can’t really believe it happened. A split second lapse and I came in too fast. It will take me a very long time to forgive myself.’