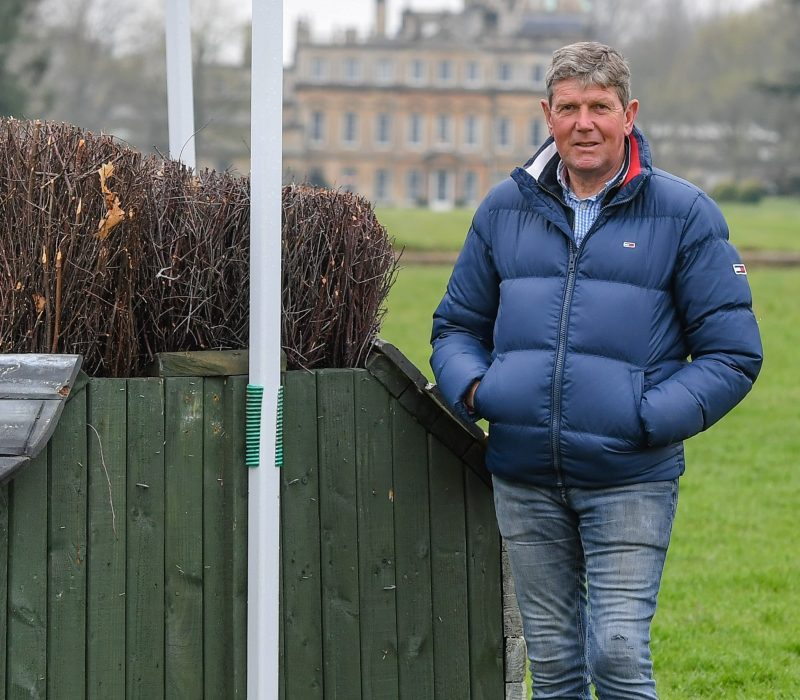 The cross-country course at Badminton Horse Trials, presented by Mars Equestrian, will be a true championship test, built with the forthcoming World Championships in Italy in mind, and promises to be a great thrill for riders and spectators alike.

Competitors will find that Badminton’s course-designer, Eric Winter, has created a more undulating track than in the past, bearing in mind what his predecessor in the role, Giuseppe della Chiesa, is likely to produce in the rolling hills of Pratoni del Vivaro in September.

The Badminton course will run in an anti-clockwise direction — as it traditionally does in an Olympic or World Championship year — heading from the main arena in the direction of the HorseQuest Quarry (fence 4abc). This, explains Eric, is a smoother, flatter start which will help get horses going forward.

The next famous feature is the Voltaire Design Huntsman’s Close (6abc), which is followed by the world-renowned Badminton Lake. Here, horses gallop the length of the Lake in front of hospitality before turning right into the water over an imposing log. This is followed by a brush fence in the water and another one on the way out (Badminton Lake, fences 9/10ab).

The intensive Vicarage Ditch area has a new look, utilising a different piece of undulating ground and providing extra spectator viewing. The influential Ditch is jumped three times, first at the Mars Equestrian Footbridge (fence 15), then again at the Rolex Rails (21/22) and at the Holland Cooper Vicarage Vee (23ab).

Next comes the Lightsource bp Solar Farm, a sunken-road complex at fence 24, after which riders will feel they are on the homeward stretch. They will need to keep petrol in the tank, however, for a new arrangement at fence 30, Joules Keepers Ditch. The intention here is to slow horses down at around the 11½ minute mark — the optimum time is likely to be around 12 minutes — before the final gallop home to the Platinum Jubilee fence where cheering crowds will surround the finish in the arena.

Eric concludes: “It’s an attacking course and will suit bold horses with scope and agility, as there are a lot of big fences which befits a 5-star competition. Badminton has always traditionally been the best preparation for the international championships and this year will be no exception.”

Andrew Nicholson, who has ridden around Badminton more times than anyone else and won in 2017, pronounced the course “proper cross-country, proper 5-star”. Andrew was in the unusual position — for him — of having a preview course walk, as he has retired from top-level competition (his former 5-star ride Swallow Springs will be ridden by world number one Oliver Townend).

“Eric has done a good job,” Andrew said. “It’s very fair. There are no surprises or blind corners and horses can see what they have to do, but it is big, intense and will take a bit of jumping. It is a case of proper, old-fashioned sitting down and riding, and riders will have to be at their best.”

Cross-country day will only be shown live on Badminton TV. Subscribe now (£19.99) and you won’t miss any of the action, plus there is the benefit of preview and archive material and 2022 footage which is available for another 12 months.   For more information click here Badminton TV