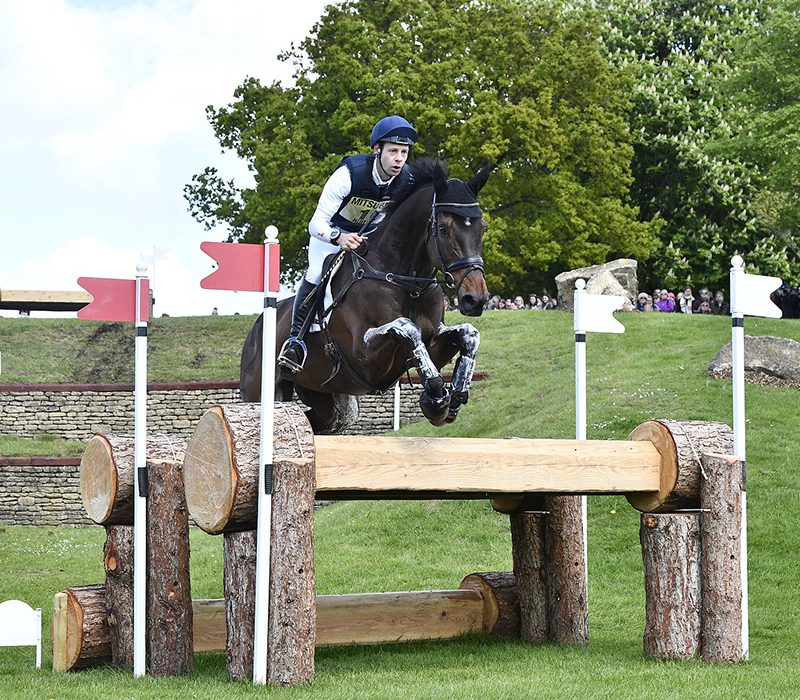 Australia’s Christopher Burton has thrown down the gauntlet early by finishing bang on the optimum time of 11min45sec to take an early lead with Graf Liberty.

“He makes my job very easy,” said Christopher. “The bank to the arrowhead [the Outlander PHEV Bank] felt very messy, but it probably looked better than it felt. I was holding him the whole way round and he made the time feel surprisingly easy.”

Dressage leaders Oliver Townend and Cillnabradden Evo were clear, but finished 31 seconds over the optimum time.

“He got the trip – a lot of people didn’t believe he would,” quipped Oliver, who nursed the gelding home masterfully from Huntsman’s Close.

Pathfinder Pippa Funnell enjoyed an almost foot-perfect round on Majas Hope. An extra circle before the final element of the Mirage Water (fence 18) wasted time, but they came home clear with 18.4 time penalties.

“I was annoyed with myself about that, but there was no way I was going to get there [the final corner] after he jumped awkwardly over the ditch,” said Pippa.

This fence is the one causing the majority of head-scratching in the early stages.

“It’s an old-fashioned ditch and most of the horses will have never seen anything like it before,” surmised Izzy Taylor, who jumped clear on Call Me Maggie May.

William Fox-Pitt enjoyed a great spin round on the first of his two rides, Little Fire. The pair finished 29 seconds over the optimum and currently sit on a score of 40.8.

“I’m dead chuffed with him,” said William. To ride a horse like him around here is a luxury. I had a bit of pressure from my children beforehand, who were saying, ‘Get on with it, Dad!’, so I was glad I was sitting on him.”