The equestrian community and people all over the world have followed the story of 18 yr old Hannah Francis, who had terminal bone cancer, and her mascot Willberry Wonder Pony. Together Hannah and Willberry inspired, amazed and brought tears to many eyes. Hannah told her story through her mascot, Willberry, he was the perfect voice for her honest, emotional and insightful blogs which can be found on our website. His voice allowed her to say so much more than she could manage with her own. Sadly Hannah passed away in August 2016.

Hannah’s Willberry Wonder Pony Charity is her legacy and will keep #kickingcancersbutt. Hannah was determined to ensure that no-one with a diagnosis of osteosarcoma in the future would have to endure the bleak prospects and archaic treatment regime that she had to go through and therefore the charity funds research into bone cancer, particularly osteosarcoma.

Hannah lived to ride and even during excruciatingly painful challenges she carried on and many took inspiration from her courage. The equine community was so generous and Hannah fulfilled many items on her “bucket list”.  Always thinking of others, she created “Willberry’s Wishes” as part of the charity, granting equine related wishes to seriously ill people, bringing joy to others during very difficult times and creating memories forever. Do you know anyone that Willberry can wave his magic wand for? 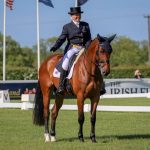 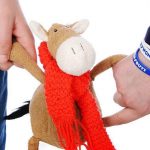 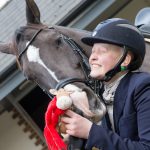