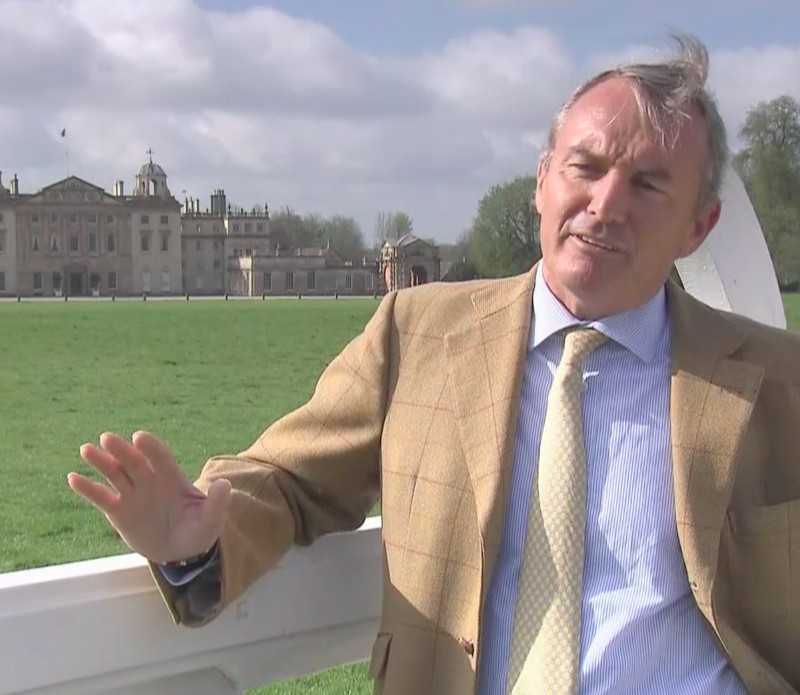 The course for the Mitsubishi Motors Badminton Horse Trials has a new designer for the first time in 25 years. Giuseppe Della Chiesa has endeavoured to produce a Cross Country phase which asks all the technical questions demanded in the current era of the sport, but has designed it to have the feel and look of Badmintons past. The obstacles look more sympathetic to their surroundings than at some other similar Events and the track, with some new diversions, actually feels like a ride across country rather than a trail of individual obstacles around a park. There are less long route choices than in previous years and they will take a considerably longer time than usual.

The Course In Detail

Starting as ever in the main arena the first ASX Starter (1) is unchanged, before riders head right and over an imposing log Tree Trunk (2) and then the familiar John Whitaker Keepers Brush (3). Next is a large parallel, the Little Badminton Double Rails at (4) after the broken ground where the Village used to be.

Now a sharp left to the Outlander Bank (13) which has been part of the course since the first Badminton in 1949. It has last years ‘owl hole’ on the top and an aiming question on landing.

Giuseppe now invites riders to boldly go where no one has been before at the Gatehouse New Pond (14) complex up by the Luckington Lane, a post and rail into the water and a choice of exits either over a corner on the left or an airy single rail on the right.

Next come a modern version of the classic Vicarage V, asking a very similar question to its seventies inspiration, and then a left turn back over the Vicarage Ditch with a narrow spread PHEV Vicarage Vee (15).  A new look final crossing of the ditch involves a curved double of upright brushes, through the water and out over another brush, Mirage Pond (16).

There is a very traditional island fence FEI Classics Stick Pile (17) before a brand new set of earthworks involving a steep bank with a massive raised log on the top, down into the gulley over a relatively narrow trunk and another on a left handed turn back into the deer park Swindon Designer Outlet Mound (18).

The pretty Wadworth Barrels (19) is a bit of a let up before two angled, properly upright white gates at the garden where riders may well see a horse jumping the Garden Table on the way out World Horse Welfare Garden Gates (20). Riders will have to judge how late to apply the brakes on the approach. This is followed by yet more water at the lower end of the Lake with a log pile trailer towed by a Mitsubishi L200 actually in the pond, L200 Trailer (21).

It is then a long gallop to the ISH Studbook Huntsmans Close (22, 23) when the quick option involves a large log followed by two massive corners of timber boxes topped with brush, on a right handed turn. If there is still petrol in the tank riders can make up time on their way to the revamped Horsequest Quarry (24, 25, 26), resplendent with new dry stone walls. The first element is a wall, then to a choice of portable cottages and then back up a steep slope to a wall at the top, again reflecting another era.

Nearly home and there are a pair of sculpted brush Oxers, Countryside Hedges (27, 28) and one more serious question one from home with the Rolex Presentation Boxes (29), a double which has to be taken at an acute angle;  and finally the relief of the last Mitsubishi Finish (30).