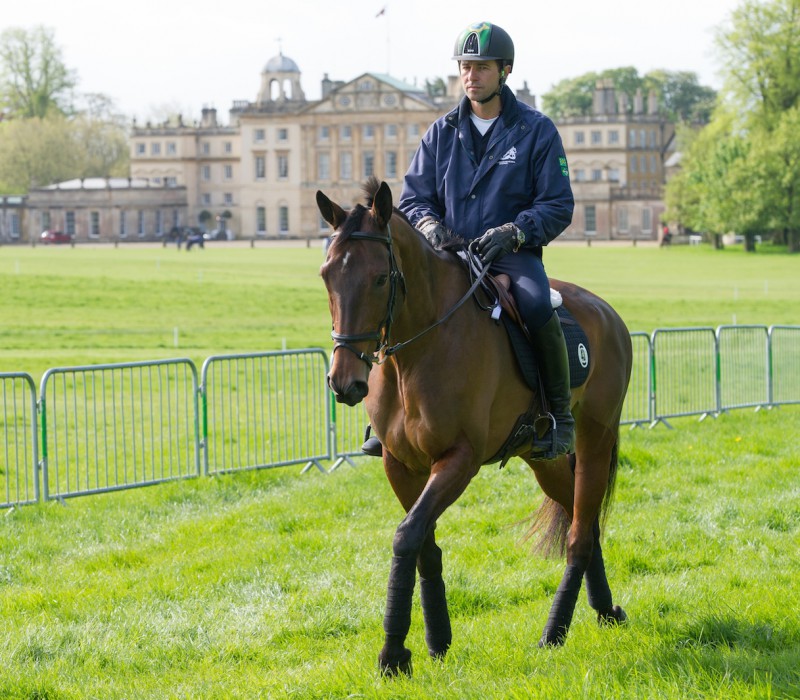 "To have an opportunity like that - an Olympic Games on your doorstep - is a strong motivating factor."
Marcio Carvalho Jorge

Just listening to a typical day in the life of Brazilian Badminton first-timer Marcio Carvalho George is enough to make you feel tired.

The doctor and anaesthetist works from 6am to 1pm in a hospital on the outskirts of Sao Paulo, after which he travels the short distance to his yard at home where he rides his 10 horses until 9pm. On top of this he also manages a rubber plantation, growing and harvesting rubber to sell to tyre manufacturers like Michelin and Dunlop.

“I like being busy and having a routine, but I also have to be organised and focused – I don’t have much time for anything else,” admits Marcio, who travelled over to the UK a month ago to be based with Mark Todd in the run-up to Badminton.

The 39-year-old has 3 horses with him in the UK at the moment – another advanced horse, Lissy Mac Wayer, and a novice. He is planning to stay for Chatsworth CIC3* next weekend before travelling home, where he has 7 other horses in work.

Marcio’s ride, Josephine MCJ, is a homebred. The pair represented Brazil at the London 2012 Olympics and, now with a taste of championship success, securing a trip to the World Equestrian Games later this year is the next major focus. Ultimately, representing his country at a home Olympics in Rio 2016 would be the icing on the cake.

“To have an opportunity like that – an Olympic Games on your doorstep – is a strong motivating factor. I would love to be able to event professionally, but I have to earn money. There is a chance in the future that I might give up being a doctor to concentrate more on my horses, but that’s a few year’s away,” says Marcio.

Of his Badminton ride Josephine, he says: “I never imagined she’d be a CCI4* horse, but every time I’ve taken her up a level she’s responded.”

“She’s a great jumper and we have a very strong bond. I’m not worried about the fences, but the ground might cause me trouble – we don’t have much mud in Brazil. We have a grass gallop at the yard, which I’ve been working her on regularly to help her get used to the grass, and we had a good run at Bicton in the wet, but it’s difficult to prepare for a test like this.”

Marcio was thrilled with his dressage score of 49.7.

“I only had one bad moment – in the half-pass to the left, where she cantered – but apart from that she was brilliant. There’s still plenty of room for improvement, but to come here and do this test was very pleasing.”