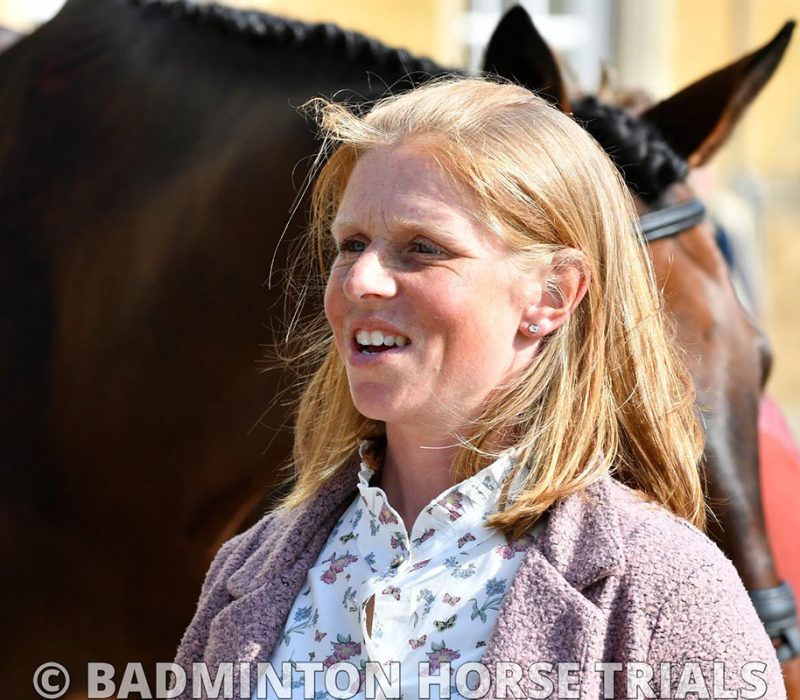 For the first time in her career, reigning World Champion Ros Canter has two horses at Badminton Horse Trials, presented by Mars Equestrian.

Allstar B, her world champion partner, has a successful record here. In 2017 the pair finished fifth, with Ros best lady rider and highest-placed Brit. The following year they took third place, a result which secured their place on the British team for the World Equestrian Games.

Life was to change after the WEG with Ros taking a year out to have a baby, then covid hit, and last year was a tough one for Ros and Alby.

‘Alby had quite a hard year last year, travelling to Tokyo but not competing and then the Europeans coming straight afterwards, which didn’t quite come off for us,’ Ros explained.

‘As I do every winter I thought a lot about our relationship. I think it goes further back than the Olympics with us; the fact that I missed a year being pregnant, then covid, and the ‘big Bs’ which Alby adores and lives for were cancelled. He thrives on building up to two big events a year and now we had to build up every month or so for a short format 4*.

‘It was supposed to be an Olympic year the year after my daughter Ziggy was born and I felt I was behind the others. During covid I carried on training because I’m suddenly way over a season off and I think I bored him a little bit. I very much wanted to get him back to loving the job.

‘As much as it was terrible at the time, the run-out at the Europeans which cost us an individual medal was, with hindsight, a good thing. If I had won there I probably wouldn’t have changed my system with him and I think I’d have had a different horse here this year.

‘Alby is older, wiser and more laid back at home these days, so we’ve been hacking a lot – he became difficult to hack after he won quite a lot so I did less of it. I’ve learnt so much about him this year, about his balance, about bringing him off the forehand on the flat – he’s not going to forget how to do a flying change or a half pass so I’ve done much less schooling and dressage practising.

‘I admit I was a bit nervous the morning of our test that I hadn’t practised it enough, but as soon as we went in there he put his head down and as good as said “off we go”. It’s not often Alby makes a mistake in the dressage so it’s a relief to get another good one in the bag.

‘I’m fairly confident that what I’ve done with him this year is right for him. We’re always learning as riders and I definitely learnt a lot last year.’

Ros’ second ride is five-star first-timer, Lordships Graffalo, AKA Walter. Ros admits: ‘I didn’t know what to think bringing a first timer, I’ve only ever jumped round Badminton and Burghley on Alby so it’s a new experience for me.’

Walter has not followed Alby’s preparation plans: ‘I have a different system for Walter – known as ‘Walter’s system’! He is quite normal really – he gallops, he flat works and he jumps a bit. He’s a funny character, sometimes he can be a bit lazy, sometimes a bit hot but I don’t think it’s got anything to do with where he is, it’s just Walter’s way on the day. I have to say on the whole he pulls it out of the bag so that’s quite exciting.

‘I don’t think covid had a detrimental effect on Walter. He’s been fairly oblivious to it all and perhaps the time I had at home with him during lockdown was actually quite useful. He seems to be taking everything in his stride and didn’t bat an eyelid at anything during his dressage test.

‘Across country today I have a fairly similar plan for both of them. Walter runs through his right shoulder so I have to remain aware of that. Also he’s a little faster away from a fence, and the power-steering and braking is a more fine-tuned than with Alby, but then again, a course like this is where Alby comes into his own. Hopefully I can have a good first ride on Alby and it will give me some experience for Walter’s round. We’ll see.’