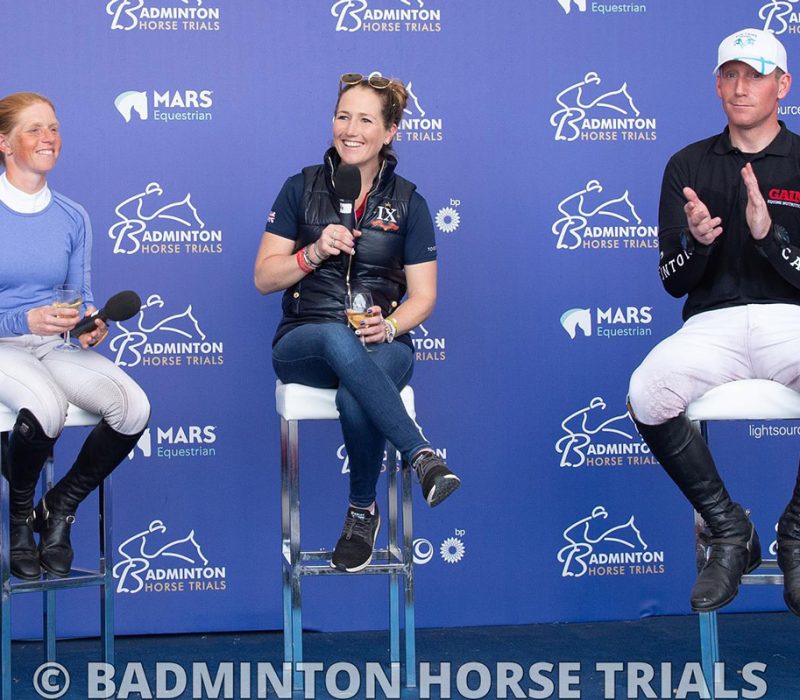 Laura Collett and London 52 produced an outstanding cross-country performance at Badminton Horse Trials, presented by Mars Equestrian, to retain their dressage lead and go into tomorrow’s show jumping finale with a fence in hand.

Her Olympic team mate Oliver Townend is in second and third places on Swallow Springs and Ballaghmor Class. Ros Canter also has two horses in the mix and is in fourth and sixth on Lordships Graffalo and her world champion, Allstar B.

Piggy March, the 2019 winner, provided a welcome and confidence-giving masterclass in cross-country riding early in the day and is in fifth place. The price of one show jumping rail covers places second to sixth.

New Zealand Jonelle Price conjured a vintage round from the 2018 winner, Classic Moet, the mare belying her 19 years. They rose 20 places to seventh with one of only six rounds inside the optimum time of 11 minutes 44 seconds.

Laura finished 11 seconds inside the time on Karen Bartlett and Keith Scott’s 13-year-old, having been held on course. ‘It was so near and yet so far, but he came back onto the bridle. The feeling of coming into the arena at the end was quite something. We’ve missed Badminton and we’ve missed the crowds, and it’s great to be back.

‘This horse owes me nothing. He’s given me my first five-star win [at Pau in 2020] and an Olympic gold medal, and this was the biggest, most intense course he has ever seen.’

There were 50 clear rounds from the 80 cross-country starters, many of them first-timers, but the day got off to a dramatic start which shook up the leaderboard. Tom McEwen and Toledo de Kerser, the dressage runners-up, were going brilliantly when they tipped over the second element of the bounce at fence 24. Nicola Wilson was taken to hospital in Bristol for precautionary scans after a fall with JL Dublin at fence 27. Pippa Funnell (Billy Walk On) and Mollie Summerland, fourth after dressage on Charly Van Der Heiden, retired after stops at fence 17.

Oliver Townend performed a heroic save worthy of Andrew Nicholson, Swallow Springs’ former rider, when the grey took off early at the last element of the Quarry, fence 4. Oliver was initially eliminated at the end of his round but then reinstated when the footage was examined. ‘I kicked for one more stride, but then he picked up, which I didn’t expect!’

He revealed that Ballaghmor Class was particularly lit up before his round and that a couple of stewards on hunt horses kindly rode around with him and to the start ‘as a comfort blanket’. ‘He felt a bit cocky and keen at the start but once he settled he was a pleasure to ride.’

Oliver said Eric Winter’s influential track ‘felt like a five-star should feel. The class horses made it look easy and I felt the balance was right.’

Tomorrow’s horse inspection takes place at 8.30am and the first part of the jumping phase at 11.30am.