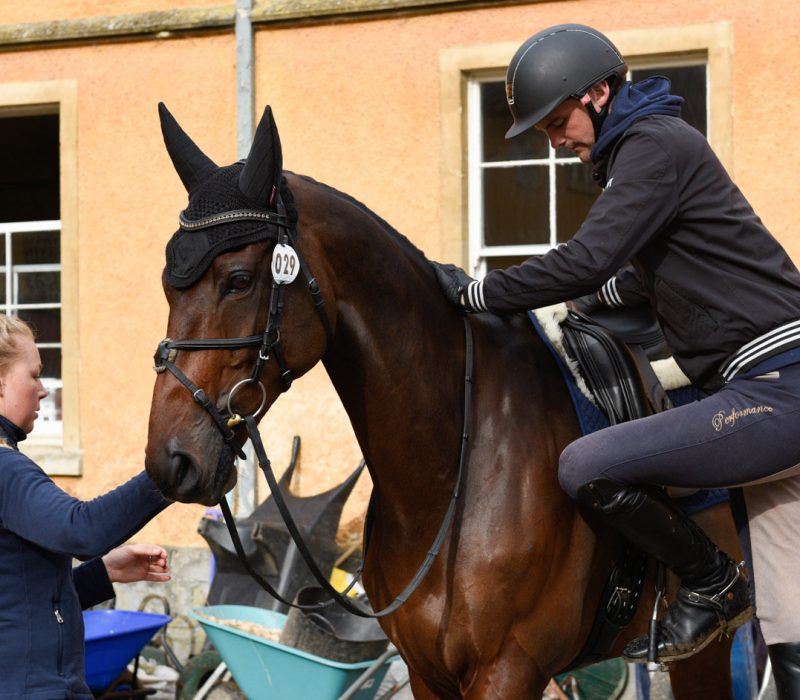 There’s a long history of New Zealand riders making the pilgrimage to Badminton – dating back to Mark Todd’s win as a first-timer in 1980 – and this year sees two more crossing the world for a first crack at the event which is as famous in their home country as it is here.

“It’s amazing to grow up knowing about all these famous names and now I’m here, in the collecting ring, with Michael Jung!” said Andy Daines (pictured). “This has been a huge ambition for me. The trot-up felt quite surreal – I couldn’t stop smiling.”

Andy, 26, has been based with William Fox-Pitt for the last six weeks. “It’s amazing to have access to all his knowledge and that of his support crew – Jackie Potts, his head girl, who has been with him for 20 years, is awesome. She knows everything!”

Andy bought Spring Panorama, now 14, when he was on work experience with Tim and Jonelle Price nine years ago. “He’s such a worker; if he was human, he’d be a gym junkie.”

Virginia Thompson, who only arrived three weeks ago, has “sold everything” – except her Badminton ride, Star Nouveau, in pursuing her dream of coming to Britain, where she is based with the former world and Olympic champion Blyth Tait.

“It’s everyone’s dream to come here. Eventing is such a big sport in New Zealand but we’re so cut off,” explained Virginia, also 26. “I feel I’ve been to everything there and in Australia and now I want to see if I can do well among the big-wigs here.”

Her horse, “Page”, who she has owned for six years with whom she won the Puhinui three-star in 2015, was a bit hot and nervous in the atmospheric arena but, as Virginia said, “It won’t be a dressage competition – thank goodness!”