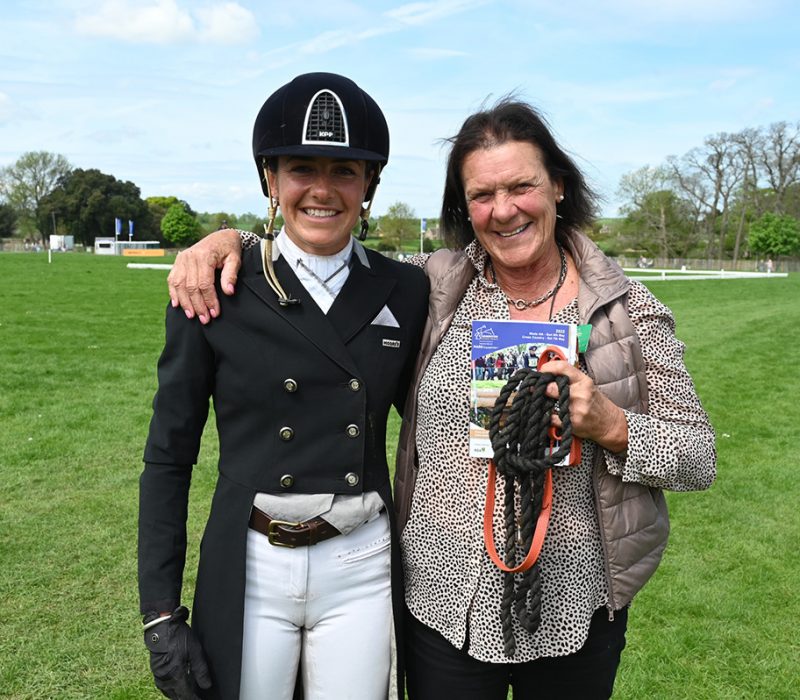 Three first-timers have a secret weapon – in the form of a mother who has competed at Badminton before.

Tinks Pottinger (pictured above with Amanda) was a key member of the New Zealand team in the 1980s and finished fourth at Badminton in 1988 on the great Volunteer. Now her daughter, Amanda, 30, has made a flying start at her first Badminton, scoring 25.9 on Just Kidding to lie seventh at the end of the first day.

‘It was way above my expectations,’ said a thrilled Amanda. ‘I knew he had this test in him, so I am stoked to pull it off at Badminton. He is a beautiful horse, but he’s a full thoroughbred and is bred for Saturdays, not for dressage!’

Amanda, 30, twice a national champion in New Zealand, where she worked as an analyst for a dairy company, is now based in Britain. ‘It’s a funny thing being here at last because of course we’ve watched on television and you get a picture in your head – I had imagined the arena the other way around!’

Tinks jumped the last of Frank Weldon’s Badminton courses and Eric Winter’s 2022 version has the seal of approval: ‘I think it is more like the old track – it’s great. You just have to keep focussing on the next fence because they will come up very fast.’ 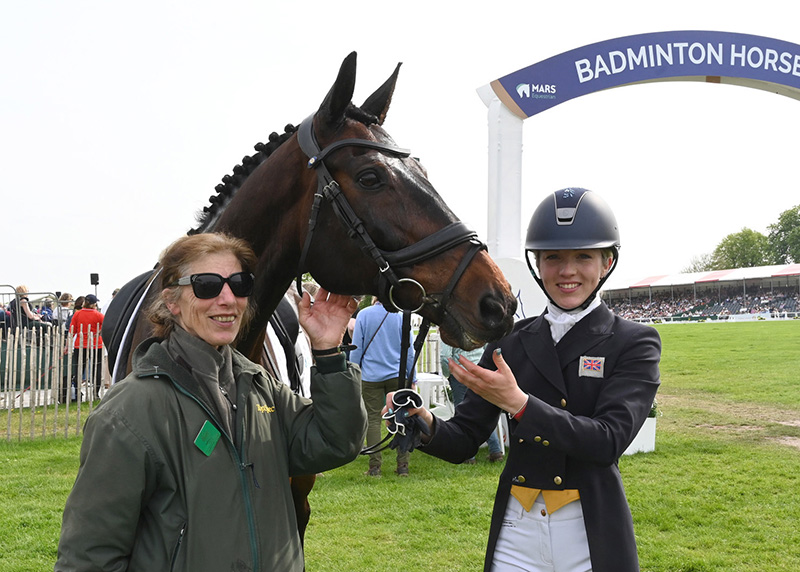 Vicky Collins was 16th at Badminton in 1996 on her home-bred Welton Molecule. Her 24-year-old daughter, Felicity, starts off with a dressage score of 32.7 on RSH Contend OR. ‘I am so thrilled with him,’ said Felicity, ‘he doesn’t find dressage easy and he has been known to bomb off. It’s a big atmosphere and I am trying to enjoy it.’

Vicky said she remembered ‘feeling braver and braver as I went on. But nothing has really changed, especially with the noise of the crowds. I remember being escorted off roads and tracks into this throng and I wanted to go and hide in the woods.’ 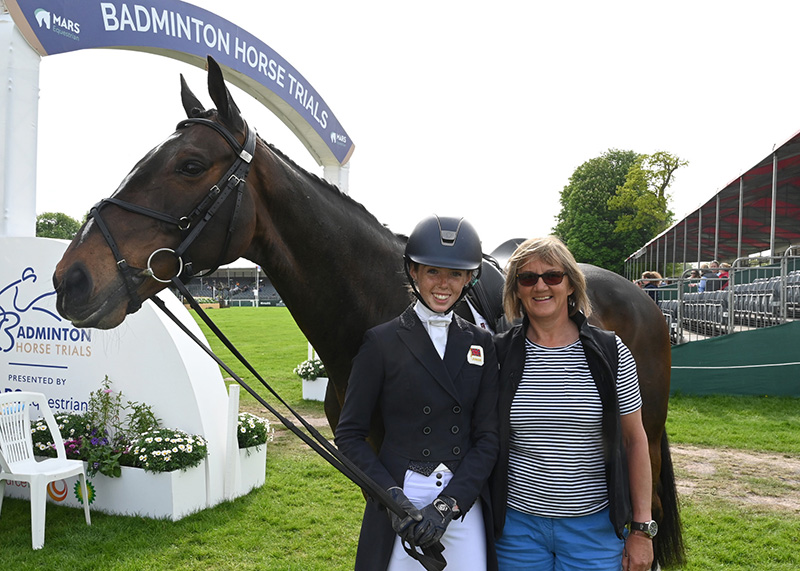 Alice Casburn’s mother Caroline (nee Sizer) competed at Badminton on Grey Ghost and was a member of the 1994 world championship squad. ‘I think I preferred the riding,’ she joked of watching her daughter. ‘I will be walking round and round in circles on Saturday.’

Alice, 20 and the youngest rider here, says: ‘It is quite a lot – the atmosphere and the big arena – but I am lucky I have been around eventing all my life with Mum.’

Her mount, Topspin, is home-bred, by Zento, and has been show jumped, including winning a puissance. ‘We bred him for old-fashioned eventing over big courses, which I think is coming back,’ said Alice. ‘I am certainly pleased to be sitting on a blood horse.’