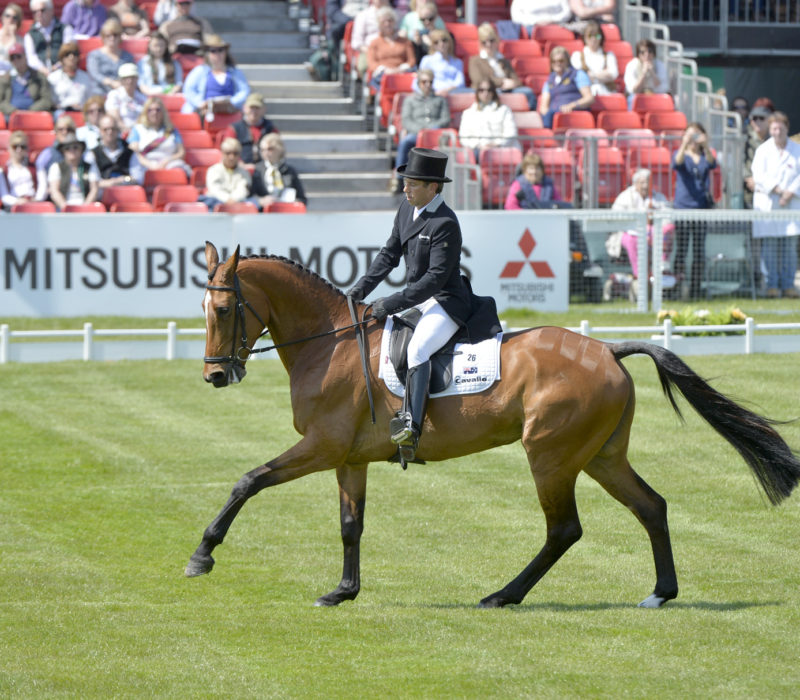 Sam and the 13-year-old mare, who is owned by Steve and Dinah Posford and Jules Carter, turned in a mistake-free performance that leaves them on a score of 42.2.

“I’m really happy with that,” said Sam afterwards. “I’m a typical rider in that I’m annoyed I left a few marks out there and there were things that I could have done better, but I couldn’t have asked more from the mare – and that’s what matters.”

Ireland’s Sarah Ennis produced an active, accurate test aboard her own BLM Diamond Delux to slot into second place on a score of 43.6, while Sarah Bullimore (GBR) lies third with Valentino V on 44.4.

It is still early days and the order could change soon after lunch as first into the arena at 2pm is Germany’s Michael Jung, who begins his bid to secure the Rolex Grand Slam with La Biosthetique-Sam FBW.

“Michael’s the man on form and he’s set the bar very high in the last few years. We’re all chasing him, though, and we won’t be stopping,” said Sam, adding: “It’s going to take a horse and rider combination at the top of their game to finish in first place here.”

To listen to rider reactions after their tests, click here.