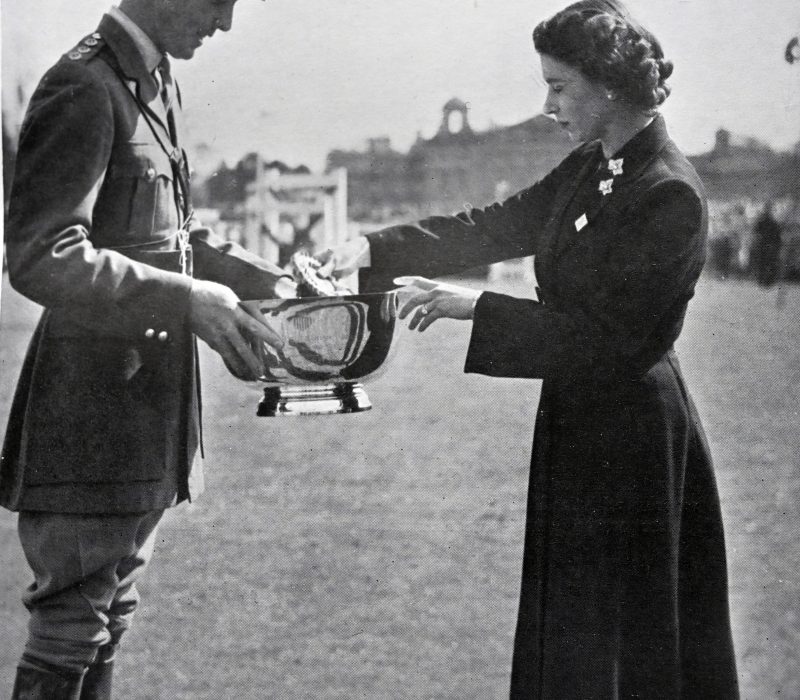 The Queen is a knowledgeable and enthusiastic supporter of the entire horse world, which has benefited greatly from her wisdom, and has been a regular visitor to the Horse Trials.

The Queen has presented the Badminton Trophy on many occasions, including at the event’s golden jubilee in 1999, and was the winning owner in 1974, of Columbus, ridden by her son-in-law, Capt. Mark Phillips. She also owned Countryman, competed by Bertie Hill and David Somerset, and Doublet and Goodwill lV (ridden by her daughter, Princess Anne).