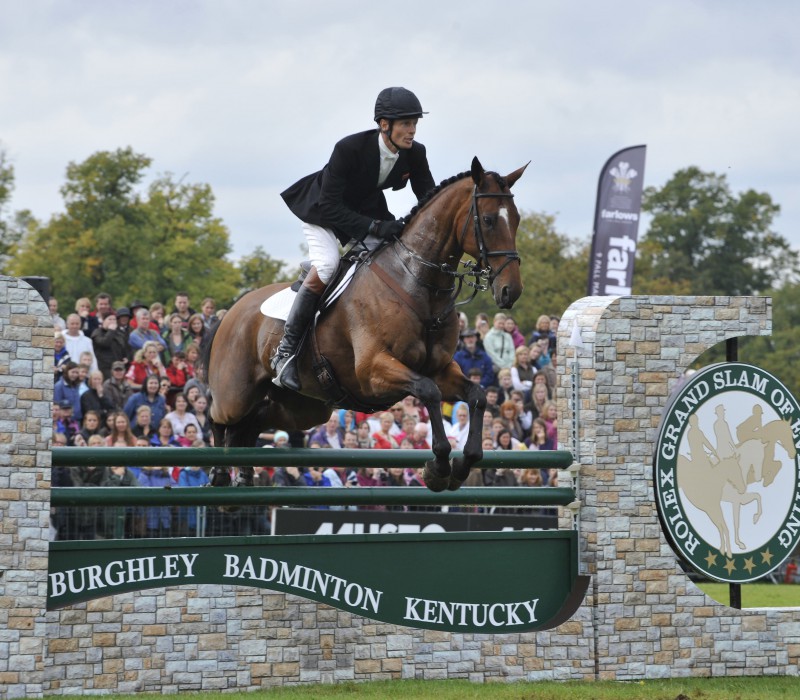 For the first time in the history of the Rolex Grand Slam, two riders are in the running for the USD$350,000 (approx. £230,000) bonus, awarded to riders who consecutively win the Mitsubishi Motors Badminton Horse Trials, The Land Rover Burghley Horse Trials and Rolex Kentucky Three-Day-Event. Due to last year’s Badminton cancellation, William Fox-Pitt’s 2011 Burghley and 2012 Kentucky wins have been carried over. This means that he goes head-to-head with his biggest rival, Andrew Nicholson, who won last year’s Burghley and last week’s Kentucky, for eventing’s biggest prize.

William Fox-Pitt shared his thoughts ahead of tomorrow’s cross-country test:

“[The Grand Slam] is drawing lots of attention to the sport. There’s a good old bit of rivalry between Andrew and I – and that just adds to the competition. I’ve been doing a lot media wise in the last few weeks, which just goes to show how much interest there is in eventing at the moment.

“I’ve always respected Andrew as rider; he’s a world class jockey and he’s often the one to beat. Having said that there are lots of good people to beat here this weekend. People are talking us up, like they did Kauto Star and Denman.

So, how does he rate his chances of winning the Rolex Grand Slam?

“I think it’s fairly unlikely that I will be winning it – it’s not a 100m hurdle race. There are so many factors involved in our sport that you can only worry about the things that you, as a rider, can control.

“It would be great if one of us took the title. It would be a fantastic opportunity to further promote the sport and of course we both want to win it.

Rolex wouldn’t have this prize on offer if it wasn’t very, very difficult to win.”