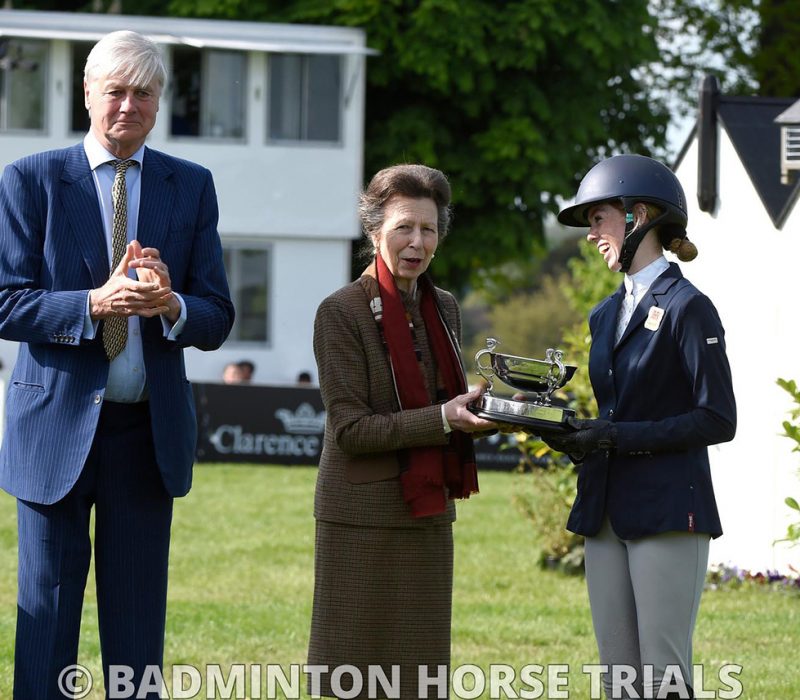 It’s not just the winner who takes home a trophy from Badminton Horse Trials, presented by Mars Equestrian. There is a raft of additional prizes and we list the winners below:

Worshipful Company of Saddlers saddle ~ Rider with the best score who is under 25 on 1/1/23 and who has not previously won a Company saddle in the calendar year: Alice Casburn

Glentrool Trophy ~ Horse & Rider who have made greatest improvement on their dressage placing: Alice Casburn & Topspin, who moved up from 71st place to 19th.

The William Miflin Memorial Trophy ~ To the rider of the horse with no cross-country jumping penalties and closest to optimum time: Oliver Townend for Ballaghmor Class

Sport Horse Breeding of Great Britain ~ Owner of best horse sired by a SHB(GB) Graded Stallion or Premium Stallion, provided it is in the top 12: Michelle & Archie Saul for Lordships Graffalo

The British Horse Foundation £1000 ~ The Breeder of the highest placed British bred horse, provided it finished in the top 12: Lordships Stud for Lordships Graffalo

Farriers Prize ~ plaque to the owner and farrier of the best shod horse: Jim Blurton for Oliver Townend and Paul & Diana Ridgeon with the horse Swallow Springs

David Beaufort Memorial Trophy ~ to the person who has contributed to the running of the Horse Trials over many years: Bernie Tidmarsh, farrier at Badminton for over 30 years

Embryo Transfer or OPU session ~ to the highest placed British bred or domiciled mare to be in the top 20%, courtesy of Tomlinson Equine: Vanir Kamira

A photo montage was awarded to Andrew Nicholson by HRH The Princess Royal. Andrew has stepped down from competing at five-star level. He completed Badminton a record 38 times.

Hugh Thomas was presented with a Daniel Crane painting, in acknowledgement of his 30 years as Event Director.

Photo: The Duke of Beaufort with HRH The Princess Royal presenting Alice Casburn with the Glentrool Trophy © Kit Houghton